Vaccination teams across Derby and Derbyshire are celebrating some remarkable success as they mark a full year since the start of the Covid-19 vaccination campaign.

The first Covid-19 vaccinations in Derbyshire took place at the Royal Derby Hospital and Chesterfield Royal Hospital on December 8, 2020, mainly for staff and in-patients.

On December 18, 101-year-old Robert Stopford-Taylor became the first person in the county to be vaccinated outside a hospital when he received his jab at Stubley Medical Centre.

Since those earliest vaccinations, teams across Derby and Derbyshire have vaccinated nearly 800,000 people, administering 1.8 million doses in locations as varied as churches, community centres, care homes, schools, GP surgeries, a theatre, a velodrome and even people's living rooms.

Derby and Derbyshire has been particularly successful in vaccinating children, consistently ranking among the top five systems in England for uptake among people under the age of 18 since school-age immunisation teams began visiting schools in September.

A recent report using known hospitalisation rates showed that the vaccination programme has prevented more than 9,700 people having to be admitted to Royal Derby Hospital, and kept nearly 1,400 from ending up in ICU.

Derby Arena was one of the most high-profile vaccinations centres in England, beginning operations in early January. By the end of the month, it was the only site in England to have operated as both a local vaccination service, run by GP practices, and as a vaccination centre catering to patients from anywhere in the country.

Its success led to visits by the Prime Minister and the chief executive of the NHS, Sir Simon Stevens, and it became one of several Derbyshire sites to appear in the regional, national and international media.

An initiative to vaccinate people with a history of homelessness and rough sleeping won the Lionel Massingham award from Derby City Mission for the successful collaboration between local GPs, East Midlands Ambulance Service and Derbyshire City Council.

Community Pharmacies have also played a key role in the programme, running clinics in a variety of venues to complement those provided by the clinics run by GPs and by Derbyshire Community Health Services NHS Foundation Trust. Other agencies and organisations have also contributed significantly, particularly Derby City Council and Derbyshire County Council, as well as East Midlands Ambulance Service and DHU Healthcare.

Dr Steve Lloyd, senior responsible officer for the vaccination programme in Derby and Derbyshire, said the one-year anniversary was a moment to reflect on the huge amount of work which has gone in to protect the lives of so many people: "This has been a wonderful collaboration, with hundreds of people all across Derby and Derbyshire working together to protect literally hundreds of thousands of people from this dangerous virus.

"Since the first vaccines were administered, we've delivered nearly two million doses, we've set up nearly 60 different vaccination sites, from the enormous vaccination centres at Derby Arena and Midlands House to tiny pop-up clinics. It's been a massive effort, bringing together colleagues from different parts of the health service, local authorities, schools and even the military and other branches of government.

"I'm incredibly proud and humbled to have been part of it, and I want to thank everyone who has been involved, working long hours in difficult circumstances to deliver this programme. And none of this would have worked without the contribution of thousands of volunteers, who have worked as marshals, car par attendants, administrators and dozens of other roles. Thank you everyone."

William Jones, deputy chief executive of Derbyshire Community Health Services NHS Foundation Trust and also senior responsible officer for the vaccination programme, said it had been a colossal effort from many people: "A programme like this doesn't happen without really talented people coming together, committing themselves wholeheartedly to a shared goal and then working their socks off to make it a success.

"The public have seen this and they've responded magnificently, turning up to get their jabs in all weathers to protect themselves, their families and their wider communities. They've also stepped up as volunteers, and without them it wouldn't have worked.

"It's been a privilege and an honour to be part of this programme, and I want to thank everyone who has been involved in any capacity. The job isn't finished yet, but we should all be proud of the work and success of the past year."

Joined Up Care Derbyshire is made up of the following partners:

Organisations that provide and commission and provide public services and social care: 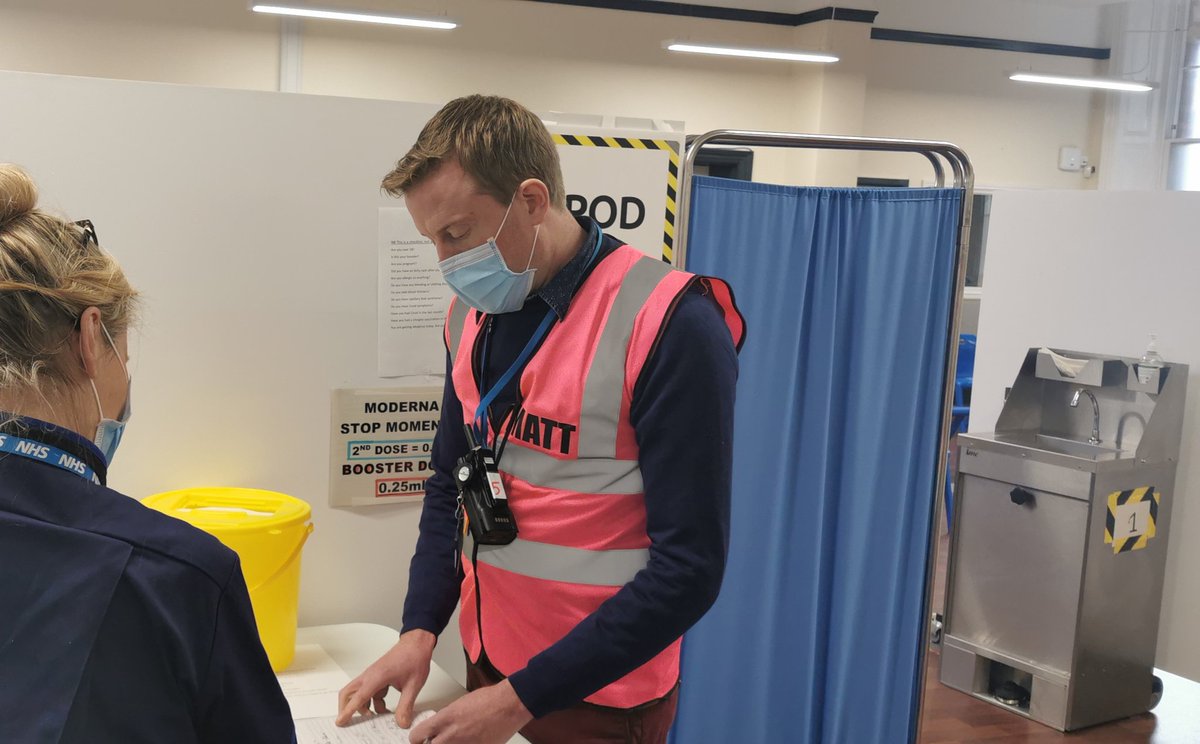